Shall we start with the ECB’s official position on cryptocurrencies? Do I understand it correctly – the ECB does not deny the existence of cryptocurrencies, but, at the same time, it claims they are not money?

We started researching the phenomenon of crypto-assets a relatively long time ago. As early as in 2012 and 2015 we published analyses in which we looked at crypto-assets (in fact, at the time, we referred to them as virtual currencies) as a phenomenon. On an international level there is currently no common definition of crypto-assets. From our point of view, they are not money, and even less so a currency, because they do not perform the functions of money, i.e. a medium of exchange, a unit of account, and a store of value. This is mainly due to high volatility in their value.

As I have mentioned earlier, there is no internationally agreed definition of them. But of course, if we want to evaluate something, we need to know what we are talking about. At the ECB we treat crypto-assets as assets that do not have an identifiable issuer. In other words, there is nobody who would be responsible for them and would stand behind them Legally there is no one to make a claim against if things don’t go the way they should.

You have been with the ECB for nearly 20 years. When exactly did the ECB start paying closer attention to cryptocurrencies?

Bitcoin has been around for ten years now, and we published our first report on crypto-assets in 2012. We saw that something new was coming along with crypto-assets and the underlying blockchain infrastructure. So we wanted to understand what it was, how it should be perceived from a central bank’s perspective, and what impact it could have, for example, on financial stability and the efficient and safe functioning of payment systems.

Would you agree with the relatively widespread opinion that central banks do not like cryptocurrencies because they do not want the right to issue money to slip from their hands?

I don’t think that crypto-assets, at least in their current form, pose a threat to central banks. At the moment the number of bitcoin transactions per day ranges from around 300,000 to 350,000 , whereas daily transactions in euro in the retail payment market amount to around 350 million. We don’t see an extensive use of crypto-assets, at least not in the current phase. Based on today’s situation, we definitely do not see crypto-assets replacing traditional currencies.

You have mentioned that cryptocurrencies do not perform the function of a store of value. However, if we look at Libra or other stablecoins, could the observation you made be wrong?

The things I mentioned earlier refer to first generation crypto-assets, such as Bitcoin, Ether, Litecoin, etc. It is true that we have observed development and changes in the field of crypto-assets. Some people have realised that high price volatility was the factor hindering a more extensive use of crypto-assets. As a result, the so-called stablecoins – which rely on stabilisation mechanisms to minimise fluctuations in their price – found their niche. Despite the extensive public attention given to stablecoins these days, we should bear in mind that the phenomenon is not new because initiatives like Tether have been around for five years or so.

First of all, we need to understand what stablecoins are. The latest, recently published ECB staff paper offers taxonomy on stablecoins and describes the different mechanisms to minimise their volatility. Based on our own calculations, there are currently 54 coins of this type, 24 of which are active. This number might appear to be low, yet we should not forget that in the beginning there were only a few first generation crypto-assets, whereas today we have more than 2,000 of them.

What is your take on Libra, which Facebook is developing with its partners and which should also be considered a stablecoin?

Libra could be one of the examples of how a stablecoin can be constructed. It is being claimed that Libra will be backed by reserves composed of a basket of traditional currencies. What makes initiatives like Libra special is that they can leverage a large customer base and eventually have a global footprint. Given its potential reach, Libra could create opportunities – for example to improve the efficiency of retail cross-border payments – but it also risks shifting substantial financial activity from supervised or overseen financial entities to the unregulated space. The ECB and the community of European central banks investigate potential risks to financial stability, as well as anti-money laundering, operational resilience, and the possible impact on central bank functions, including the safety and efficiency of payment systems and the smooth conduct of monetary policy. Libra and similar initiatives should be subject to the principle of “same risk, same regulation”, based on a holistic assessment. To avoid regulatory arbitrage, the European System of Central Banks, together with the global central bank community, aims to develop a globally consistent approach.

So please summarise the ECB’s views on cryptocurrencies.

To sum everything up, the capitalisation of the crypto-asset sector is still rather low and there is currently no substantial link between the world of crypto-assets and the real economy. As long as there are no situations in which people extensively buy bitcoins with their credit cards and then cannot repay their debts because of the decrease in value, or situations in which banks invest massively in crypto-assets, there should not be major consequences for the financial sector. This was our stance six or seven years ago and it is still our stance today. But here I was referring to first generation crypto-assets. With regard to second generation crypto-assets, we will have to re-evaluate them if their capitalisation increases and the links to the real economy become closer. Let’s take the Libra project again and the suggestion of backing Libra with real currency and money which will be invested in low risk securities. In this case, there would an undeniable link to the real economy. We are undergoing a process of evaluation, as everything is relatively new. And, to be honest, we still have a lot of questions, because there is not yet sufficient documentation on the Libra project for us to formulate our stance.

What is your opinion on Lithuania’s goal of becoming a regional fintech hub? Has the ECB heard of it?

Speaking from the European perspective, of course, initiatives like yours are very positive. I have been working in the field of innovation analysis for some time, and still observe that people are taken by surprise when they hear that central banks are interested in financial innovations and that regulators want to encourage them. Lietuvos bankas is a good example; Lithuania is a country that wants to be involved and wants to position itself in this way. In Europe we may still need to work towards a common approach on innovation in financial market infrastructures. 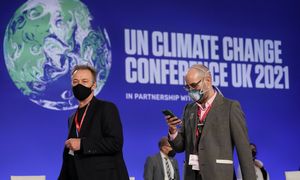 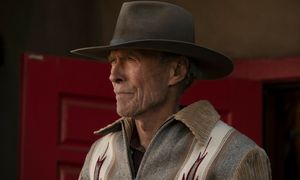 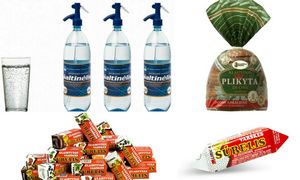 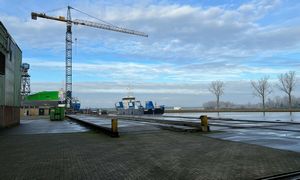 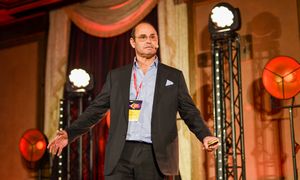 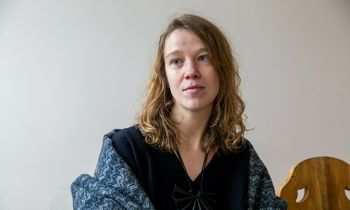